Posted on March 31, 2015 by icedteawithlemon

Every time I think my wisdom is finally starting to catch up to my years, little events in my personal life and bigger ones in the crazy world around me suggest I still have much to learn and even more to understand. My own lack of common sense and occasional lapses in judgment are well documented, often embarrassing and proof (in epic proportions) that I’m not so smart after all—and if that seems doubtful, you obviously don’t know me well, so take a few minutes to go back and read this post from a few years ago for clarification. You’ll see.

But as ridiculous as some of my actions are, the actions of others can be downright baffling—and can often leave me shaking my head in bewilderment.

Why, for example, do fans celebrating their team’s victory and protestors angry over a policeman’s actions or a jury’s decision both think looting local businesses and setting vehicles ablaze are appropriate responses to their emotions? I understand the emotions, just not the outlets for displaying them.

What exactly is the icloud, where is it located, and why do so many female celebrities have naked photos stored there? They apparently aren’t worried about the very real risk of having those photos “hacked” and shared with the rest of the world, but why have they uploaded naked photos of themselves to begin with? Did their mothers or grandmothers never advise them that stashing Polaroids under the mattress was a much safer alternative? (And I’m not judging–or admitting anything, either.)

Why do some people think that telling a woman over 50, “You look pretty good for your age,” is a compliment? Here’s a better idea: Leave out “pretty” and get rid of “for your age.” Even better, change “good” to “amazing, beautiful, gorgeous” or “the most stunningly exquisite woman on the face of this great planet.” Sure, we’ll know you’re exaggerating slightly, but we’ll still appreciate the effort, and you’ll walk away knowing you just made some old lady’s day.

And why do so many people think it’s okay to “body shame” others? None of us are perfect, and very few of us are completely satisfied with every aspect of our appearance, but we certainly don’t need others—especially strangers online who know nothing about us—to critique what they perceive to be our flaws. The anonymity of the internet may have made such shaming easier, but it will never make it right, and those hateful comments say much more about the critics than they ever will about the criticized.

Why would anyone run with bulls, bungee jump off bridges, dive in shark cages, wrestle alligators, or jump off mile-high cliffs into a watery unknown? Can their adrenaline rushes only be triggered by those death-defying moments when they thumb their noses at the Reaper? Thank goodness it takes nothing more than a short bike ride to send my endorphins humming in jubilation, and if I truly feel the need for a death-defying experience (which I don’t), then I’ll just schedule myself an appointment with the dentist’s drill. Although, if I thought wrestling an alligator would make me forget all about that toothache, then I might be tempted to flex my muscles and give it a go.

Why would any self-respecting person share unsavory family secrets on a television program or a social media network? Does the need for attention and the hope of vindication override any concerns about keeping private things private?

Why do some people intent on taking their own lives feel it necessary to take others along with them? A lone gunman, distraught over offenses real and imagined, massacres precious school children before being gunned down himself. An estranged husband, angry over a wife’s departure, kills their babies before killing himself. And a co-pilot, perhaps battling inner demons, flies an airplane into a mountain, murdering all those on board. I can certainly empathize with the depression these killers may be feeling, and I realize if they are over-wrought with despair they may be unable to think clearly “in the moment,” but what about in the days and hours leading up to such travesties—what arguments do these people use to justify the taking of innocent lives?

Why is it so easy for men—and so hard for women—to shop for jeans? In fact, I’m guessing most men are like my husband and don’t even do the shopping for themselves, relying on their wives to pick up a couple pairs and knowing that no matter what, those jeans will fit just fine. My husband has worn the same size jeans for 30 years, which doesn’t mean his physique hasn’t changed—it’s just a matter of whether his belly fits snugly under the waistband or flops nonchalantly over it (he’s happy either way). And I’m guessing most women are like me—making several trips to several stores and trying on at least 15 different sizes and styles before heading home empty-handed and vowing to lose 10 pounds of booty fat and belly blubber before suffering through the next dressing room degradation.

How is it possible there are still people who forward chain e-mails (and most of those people seem to be in my address book)? Have they actually received the promised good fortunes afterward, or do they actually know someone who suffered the threatened dire consequences after refusing to forward? And do these people believe it’s safer to risk annoying all their friends and family than it is to hit delete and tempt fate?

How can companies, in good conscience, charge shipping costs based on the number of items ordered instead of by the weight of those items? It isn’t fair, I tell you.

Why do some people defiantly and flagrantly disobey the “20 Items or Less” sign in the Walmart express lane? I feel guilty when I accidentally unload 21 items (“I’m so sorry—I overlooked that tube of ChapStick buried beneath the 12-pack of Charmin.”), but the customer in front of me yesterday unloaded 41 items (yes, I counted) and then glared belligerently at me and the cashier as if she expected one of us to challenge her. (This mousy pacifist challenges no one, particularly belligerent Walmart women.)

Why is it so hard for some individuals to count back change? In a fast food restaurant recently, I thought I was being helpful by giving the young girl working the register $20.16 for my $14.16 bill. She accidentally keyed in the wrong amount on the register, and even though she was able to open the drawer, she was unable to calculate how much my change should be. I attempted to tell her that she owed me $6, but instead of taking my word for it, she called for her manager and explained the problem. And then the manager—I’m not kidding—pulled a calculator from her pocket and punched in the numbers before determining that, yes indeed, my change was $6. I wish I could say this was an isolated incident.

Why do some drivers putz along at ten miles an hour below the posted speed limit in the passing lane on a four-lane highway—and seem oblivious to the angry stares and gestures from drivers zooming past them on the right?

Why do people feel the need to leave their mark on natural landscapes or historical landmarks? We often spot names, initials and crude comments etched or painted onto the rock bluffs overlooking “our” gorgeous lake—why did someone think it necessary to spoil such simple beauty? Even worse, on a recent visit to a nearby Civil War battlefield we noticed that “Kevin” had carved his name into the base of a monument honoring Confederate soldiers—a despicable sacrilege, in my mind. I wish all such despoilers could suffer the same consequences as the American tourists who were recently arrested for etching initials into the Colosseum in Rome and are now facing hefty fines. That would teach ’em.

I realize there are no easy answers to my questions, just as there are no easy explanations as to why I still have trouble operating the television remote control, why I always exhale completely and suck in my gut before stepping on the scale, why I honestly believe voicing my deepest fears will jinx them into reality, or why I continue to supersize my french fries and sneak M & Ms and jelly beans even when I know I shouldn’t. We all have our share of silly eccentricities and inexplainable weirdness (some of us have amassed a little more than our share), and we all have an ample supply of bad days when common sense eludes us and poor decisions abound. All that really matters (I think) is that we focus on being happy and kind, gentle and respectful, and, whenever possible, smart. Simple, right?

But what do I know? 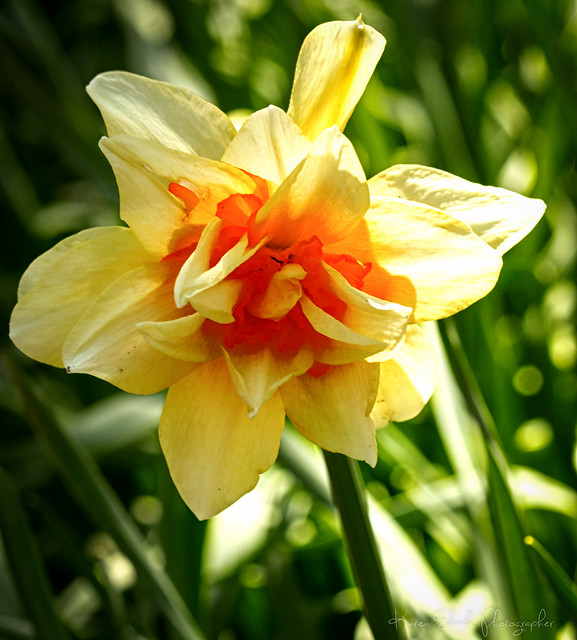 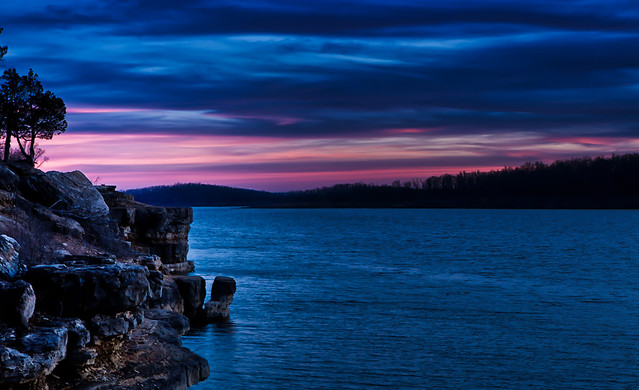 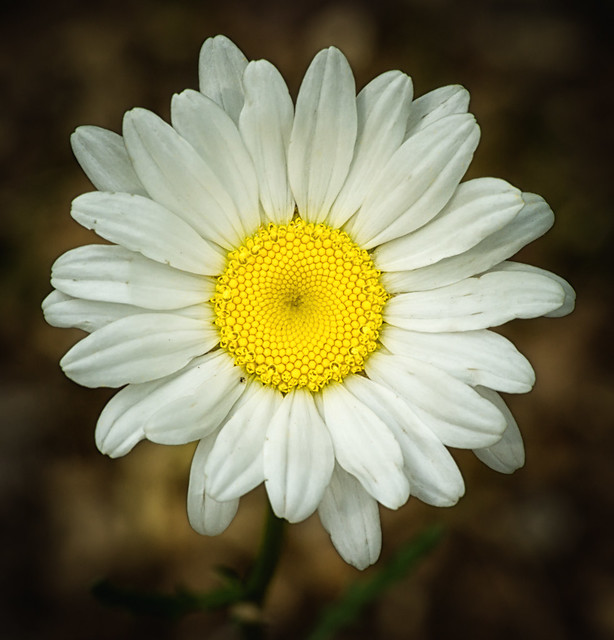 I may not know much, but I do know that using my camera to focus
on the beautiful world around me brings me happiness and peace.

I have recently retired from a 30-year career in education in one of the best school districts in the world. I hope to spend my second life reading, writing, photographing, traveling, biking, cheering on my favorite baseball team (the St. Louis Cardinals), and soaking up glorious sunshine. In my spare time I enjoy playing with my pet tarantulas, trying out new flavors of chewing gum, and knitting socks for prison inmates. I'm almost positive that in a past life I was one of the Seven Dwarfs (most likely "Grumpy"), and in my next life I'm going to be either a taste tester for Hershey's or a model for Victoria's Secret's new line, "Bloomers for Boomers." I want to travel country back roads, singing Vanilla Ice songs at every karaoke bar and rating bathroom cleanliness at every truckstop. And someday I plan to own a private beach where skinny girls aren't allowed. I want to be a writer when I grow up. "Our truest life is when we are in dreams awake."--Henry David Thoreau
View all posts by icedteawithlemon →
This entry was posted in Humor, Photography and tagged common sense, photography, questions, wisdom. Bookmark the permalink.

9 Responses to Baffled and Bewildered … Again