A New Year’s Resolution I Can Keep

Posted on January 1, 2015 by icedteawithlemon

Like most of you, at the end of every year I spend a lot of time reflecting on the year gone by and at least a few minutes planning for the year ahead. I hope, I dream, I wish, and I resolve to make all kinds of monumental changes in my life in order to give those hopes, dreams and wishes a fighting chance. I convince myself that, with enough commitment and determination on my part, the new year will be better than the old–I promise.

I can remember one year (only one) when I kept my New Year’s resolution for the entire year and was thrilled with the results. Most of the time, though, by the second week of January I’ve already given up on those resolutions, and by the first week of February I can’t even remember what those resolutions were.

Now, I know mistakes can sometimes be bad–like the time when I was still teaching and walked down the crowded high school hallway with the back of my dress tucked into the top of my pantyhose. Or the time I pulled a hot glass dish out of the oven and poured a cup of cold water into it–and sent pot roast, potatoes and shattered glass spewing all over the kitchen counters, ceiling, walls and floor. Or the time a few years back when I was driving just a little too fast as the temperature was dropping and the rain was falling–and totaled my son’s car on a patch of black ice and a nearby fence row.

Every one of those mistakes led to a valuable lesson learned. I will never again leave a restroom without determining that all clothing is properly positioned, I now know better than to pour cold water onto hot glass, and I won’t even think about driving someone else’s car when the roads are bad.

But those aren’t the kind of mistakes I’m hoping to make in 2015.

I have spent too much of my life being timid and fearful and safe. I have missed out on countless opportunities to learn and grow, excel and shine because I have been too afraid that my efforts might not be enough. I haven’t been willing to risk imperfection or–even worse–to encounter failure, and so I have often convinced myself that it is easier and better not to even try.

And that was just plain dumb. (Have you been doing the same dumb thing?)

Mistakes are evidence of effort–of getting off the couch, stepping away from the wasteland of social media, taking a deep, soul-nourishing breath, and confronting fears and insecurities head-on. And making mistakes in the coming year will be proof that I’ve at least temporarily stopped listening to that negative, little voice whispering in my ear: “You can’t. You shouldn’t. And you won’t–because you don’t have the guts.”

I want to make more mistakes in my writing. And in order to do that, I have to write–which is something I haven’t been doing enough of lately. No matter how hard it is (and, believe me, it is hard), I want to force all those words swirling and swarming in my head onto the computer screen where they can shimmer and dance. And I want to hit backspace and delete however many times it takes until I find the perfect word, until I can successfully attach that perfect word to another one, until those words blend into sentences, paragraphs and chapters, until I can finally be satisfied with the beauty my blundering missteps have created.

I want to make more mistakes in my photography. I want to shoot and shoot until the photos in my camera match the visions in my mind–realizing that if the first 200 photos of the same scene are all wrong (wrong lighting, wrong composition, wrong depth of field, wrong everything), then it’s okay to mumble and stomp and swipe at frustrated tears, but then I’d better pick up that camera and try again because the 201st photo may be superb. And I want to stumble my way through the darkness, swallowing my fears of tangled poison ivy vines and angry copperheads and cottonmouths, shooting thousands of times (I don’t think hundreds will do) until my mistakes suddenly transform into breath-taking images of full moons and star trails and far away galaxies.

I want to make more mistakes in my body-building efforts. I want to push this old body to new limits, accepting that too many lunges and squats, curls and presses today may result in too much pain and stiffness tomorrow–but that the day after tomorrow will probably be better. No matter how wimpy and clumsy I feel in the gym (surrounded by men and women half my age and ten times stronger), I want to keep trying and failing and trying again until my gluteus maximus is greatly minimized, until my quads and obliques are rock-solid and until even Michelle Obama would be forced to admit, “Dang, Girl, I want your biceps!”

And I want to make more mistakes in my quest to add value and substance to my daily life. I want to squelch my fears and be open to new experiences, realizing that some of them will be horrendous failures and tremendous wastes of time but that others will enrich my spirit in extraordinary and magnificent ways. I want to squash my timidity and be open to new relationships, realizing that some people may immediately condemn me as boring or wacky or weird but that those few courageous enough to stick around will find me to be a lifetime friend, a faithful ally and an entertaining accomplice–and I will find the same in them. I may be momentarily vulnerable (and terrified), but I’m willing to bet I will end up stronger and happier than I’ve ever been.

In 2015, rather than trying so hard to avoid mistakes, I want to embrace them as opportunities for personal growth and cherish them for the life-altering power they possess. And maybe if I keep making mistakes, others will benefit from them, too–maybe others will find laughter or comfort through my words, joy through my photos or even inspiration through my actions.

And that would be pretty darn cool.

Now it’s your turn. Tell me, brave and beautiful readers, what are your New Year’s resolutions?

A life spent making mistakes is not only more honorable, but more useful
than a life spent doing nothing. – George Bernard Shaw 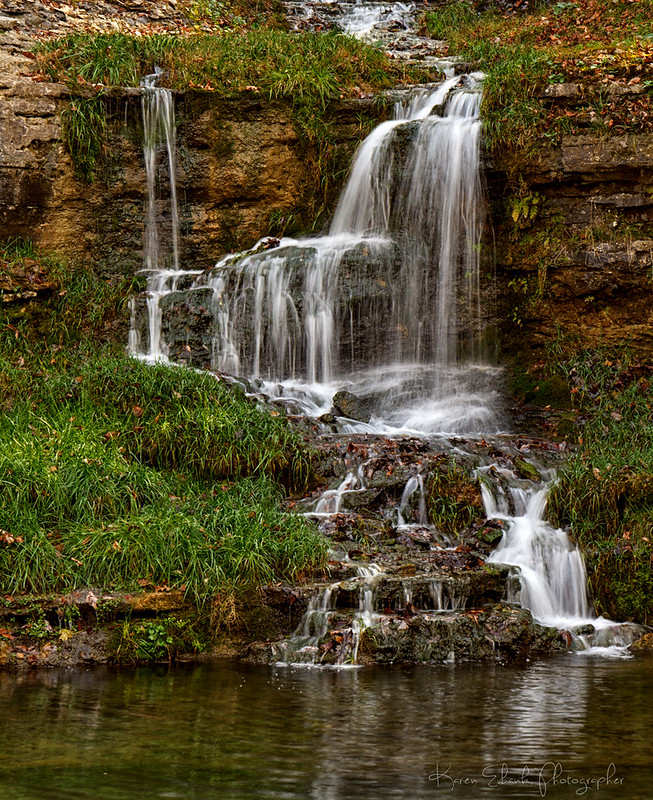 I love the simple beauty off waterfalls. 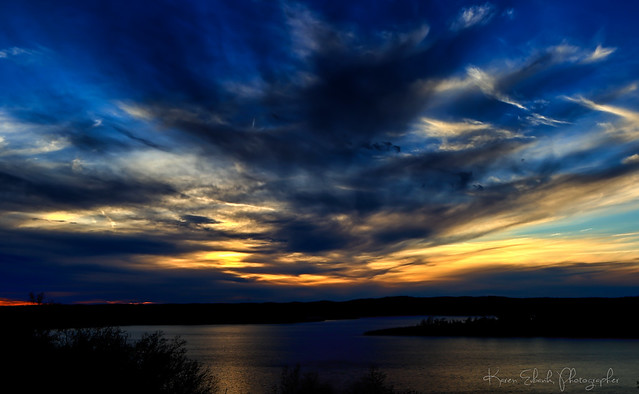 One of the last sunsets of 2014, taken on Christmas night.

I have recently retired from a 30-year career in education in one of the best school districts in the world. I hope to spend my second life reading, writing, photographing, traveling, biking, cheering on my favorite baseball team (the St. Louis Cardinals), and soaking up glorious sunshine. In my spare time I enjoy playing with my pet tarantulas, trying out new flavors of chewing gum, and knitting socks for prison inmates. I'm almost positive that in a past life I was one of the Seven Dwarfs (most likely "Grumpy"), and in my next life I'm going to be either a taste tester for Hershey's or a model for Victoria's Secret's new line, "Bloomers for Boomers." I want to travel country back roads, singing Vanilla Ice songs at every karaoke bar and rating bathroom cleanliness at every truckstop. And someday I plan to own a private beach where skinny girls aren't allowed. I want to be a writer when I grow up. "Our truest life is when we are in dreams awake."--Henry David Thoreau
View all posts by icedteawithlemon →
This entry was posted in Fears, Photography, Regrets, writing and tagged 2015, body building, fears, mistakes, New Year's Resolution, photography, writing. Bookmark the permalink.

10 Responses to A New Year’s Resolution I Can Keep