Posted on October 22, 2014 by icedteawithlemon

I’m convinced my husband was a motivational speaker in a previous life (maybe a not-so-successful one living in a van down by the river, but still . . . ). Verbal remnants of that previous vocation frequently pepper his conversation–especially when he’s trying to talk me into doing something I don’t think I can do.

“Can’t never did anything,” he has told me repeatedly. And he frequently spouted the same sage advice to our three growing sons–with about the same degree of “Yeah, whatever” acknowledgment and the same number of behind-the-back eye rolls.

“Can’t is for quitters.”

“When you say you can’t, you’re telling your body and mind not to even try. You need to stop doing that–you can do anything you set your mind to!”

I may not always buy in to his psychobabble, but most of the time I still appreciate his efforts to cajole and encourage (harass) me–and occasionally his little pep talks even work their magic. But not always. For even though I want to believe I have Napoleon Dynamite skills and Wonder Woman powers that will allow me to do any dang thing I want, the truth is that I really don’t.

I can’t eat an entire jumbo bag of peanut butter M&Ms in one sitting, no matter how hard I try.

I can’t listen to the National Anthem without getting teary-eyed.

I can’t dunk a basketball. I can’t dribble one, either.

I can’t get George Clooney to return my phone calls, especially now that the Amal woman is screening them.

I can’t say “Worcestershire sauce.” I can spell it, define it, and drizzle it all over my chicken, but I can’t even come close to getting all those syllables to roll gracefully off my tongue.

I can’t become the Queen of England, and unless Prince Harry suddenly develops a hankering for short, chunky women almost twice his age, I probably can’t become a princess or duchess, either.

I can’t see the writing on the wall, especially if I’m standing more than two feet away.

I can’t harness the wind, calm the waves, or stop the rain. I can, however, quake the earth just by falling off my bike–roughly 2.3 on the Richter.

I can’t outrun a cheetah, a horse, or even an elephant, but I can zoom past a three-toed sloth like it’s standing still. Yeah, baby!

I can’t even think about a spoonful of mashed potatoes or white beans touching my lips without my gag reflex kicking into overdrive.

I can’t bench press a Buick, but I can leg press a refrigerator (and that’s almost the same thing).

I can’t drive from Point A to Point B and then back to Point A without taking unintended detours to Points C, D, E, F and G.

I can’t lick my elbow or my ear, and I can’t scratch my head with my toes. (I’ve tried, but I can’t remember why.)

I can’t grow a measly six inches in height (not since the seventh grade, anyway), but mastering the same feat in circumference has been easy peasy (perhaps a little too much pudding ‘n’ pie?).

I can’t lasso a bear, ride a bull, tame a cougar, or make a rhino giggle. I can’t even get my old dog to quit passing gas when he’s lying at my feet.

I can’t make my sons call home on a regular basis no matter how many hints I drop, guilt trips I level, or telepathic commands I send flying through the troposphere.

I can’t make wrinkles dissipate, gray hairs vanish, or breasts retract to their place of origin.

I can’t play outfield for the St. Louis Cardinals (but I used to field fly balls in the back yard with my boys, and that was even better).

I can’t touch a stair railing, an elevator button or a gas pump handle without wondering if it has EVER been sanitized.

I can’t drive an 18-wheeler out of a parking space, a nail through a stud, or a golf ball in a straight line. I can, however, drive my family crazy just by pummeling them with a never-ending list of questions.

I can’t cut my own hair, rub my own back, or change my own flats.

I can’t shop in a business with misspelled words on its windows, and I can’t thoroughly enjoy an Adele song without being distracted by the unnecessary shifts in verb tense.

I can’t pirouette, salsa, or waltz–and I can’t shake my groove thing without dislocating at least half a dozen other things.

I can’t teleport myself backward or forward in time. If I could, I would cinch up my corset and work my hardest to get that handsome devil Rhett to ask, “Scarlett who?”

I can’t beat George Foreman, Hulk Hogan or Pee Wee Herman in an arm wrestling match. But if Pee Wee ever challenges me to a leg-wrestling contest, he’s going down.

Oh yes, that’s right, I can’t. My husband will argue that I’m unable to do a few of these things only because I’m not willing to try–and he may be right. But I can’t make myself want to try–and he can’t make me, either. (Apparently there’s a limit to Mr. Motivational’s abilities, too.)

What about you–is there anything you can’t do?

(Note: Thanks to my friend Charles for the inspiration to write this post. You can find his much funnier list here.)

One of the few things I can do is pick up my camera and pretend, at least for a little while, that nothing else exists beyond my viewfinder . . . 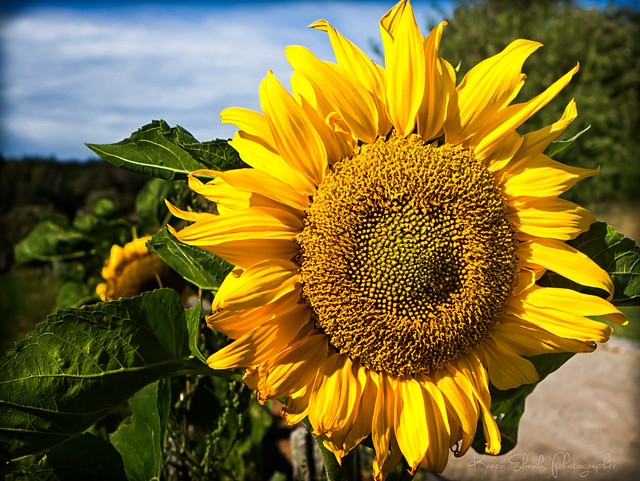 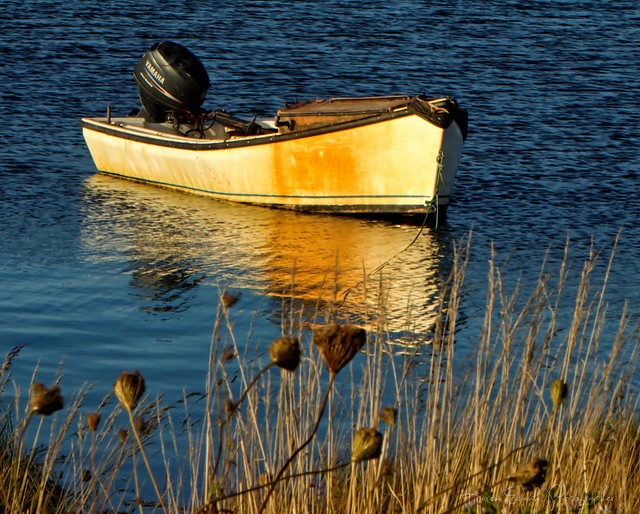 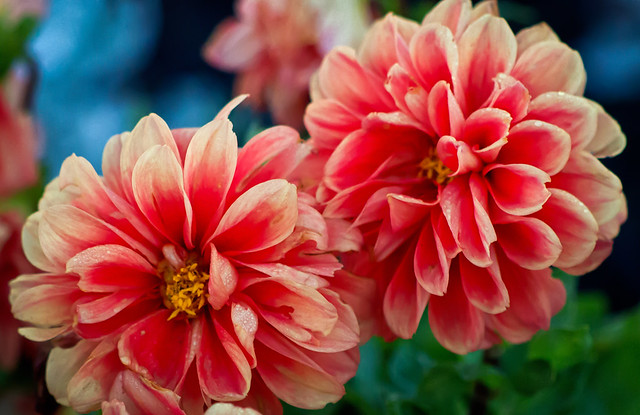 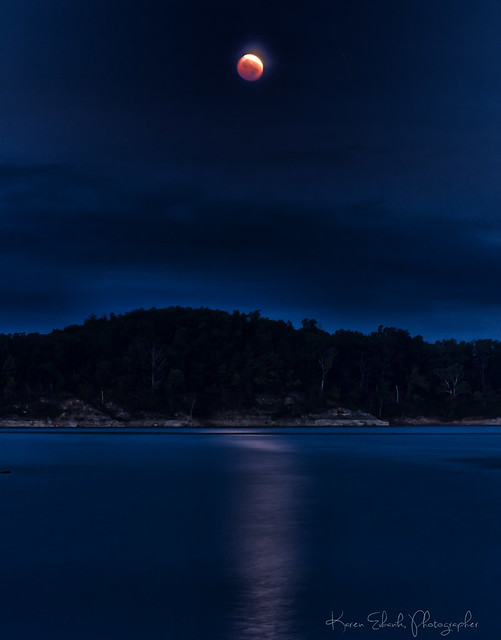 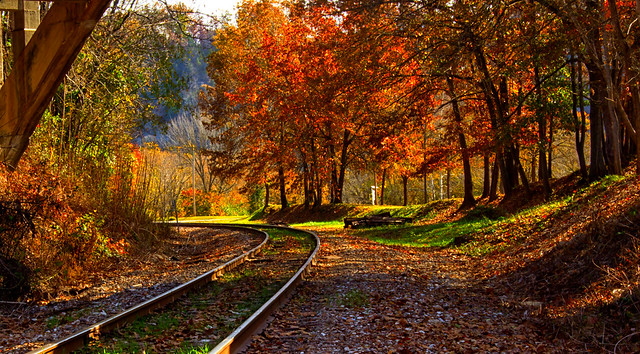 I have recently retired from a 30-year career in education in one of the best school districts in the world. I hope to spend my second life reading, writing, photographing, traveling, biking, cheering on my favorite baseball team (the St. Louis Cardinals), and soaking up glorious sunshine. In my spare time I enjoy playing with my pet tarantulas, trying out new flavors of chewing gum, and knitting socks for prison inmates. I'm almost positive that in a past life I was one of the Seven Dwarfs (most likely "Grumpy"), and in my next life I'm going to be either a taste tester for Hershey's or a model for Victoria's Secret's new line, "Bloomers for Boomers." I want to travel country back roads, singing Vanilla Ice songs at every karaoke bar and rating bathroom cleanliness at every truckstop. And someday I plan to own a private beach where skinny girls aren't allowed. I want to be a writer when I grow up. "Our truest life is when we are in dreams awake."--Henry David Thoreau
View all posts by icedteawithlemon →
This entry was posted in Advice, Humor, Photography and tagged humor, lists, pep talks, photography. Bookmark the permalink.

6 Responses to Oh Yes, I Can’t