And That’s Why I Could Never Be Married to Me

Posted on September 1, 2014 by icedteawithlemon

It was a sunny Friday in May of 1981. A few days away from finishing my student teaching practicum, I had spent a frustrating morning attempting to teach yearbook design and narrative essays to seniors who were past caring about anything more than their baby oil suntans and summer party plans. I was leaving the building for lunch, hoping a DQ banana split with extra maraschinos would lift my spirits, when my boyfriend’s car screeched to a halt at the curb.

Great! Maybe he would buy my lunch, something a little more substantial than two scoops of dairy and a few slices of fruit. But, no, he had other plans. When I hopped into the car, he turned to me, grinning, and said,

It wasn’t exactly a bacon cheeseburger with a side of fries, but it was something.

I don’t remember ever actually talking about marriage in the two years we’d been dating–and his “proposal” wasn’t quite as romantic as my diary dreams had envisioned, but it was good enough. “Sure!” I responded, and then added an enthusiastic hug and kiss for good measure. We drove to his friend’s jewelry store, where I picked out something small and practical (because that’s the kind of gal I am), and then we were off to share the news with our mamas. My mom cried and hugged us both, and his mom clapped her hands together before uncorking a bottle of champagne.

Fast forward seven months to the rehearsal dinner the night before THE DAY. My soon-to-be husband stood before our gathered friends and family and entertained them with a greatly altered story about the day I had realized what a great “catch” he was–and had asked him to marry me. Wait, what? Everyone else laughed, but the burgeoning feminist inside me bristled. I was no beggar. I was tempted to remind funnyman that there were still other “fish in the sea” and that, for the next few hours anyway, “catch and release” was still an option.

Instead, I waited for him to finish his little comedy routine before quietly announcing to the crowd:

“Just to clarify, I didn’t ask him to marry me. I TOLD him.”

That was almost 33 years ago. He still thinks he’s funny, and I still think I’m the boss, but he makes me laugh and I make him crazy, and somehow that combination clicks. He claims he would marry me all over again, which I think proves he is a glutton for punishment (of the cruel and unusual kind) because when I think about all my annoying little (big) habits, heck, even I could never be married to me.

Just as I was putting what I thought were the finishing touches on my list of annoying habits, my husband entered the room. I told him what I was writing and asked if he had anything to add.

“Nope. You’re wonderful.” (Translation: “You’re asking me to criticize you? Do you think I’m stupid? You’ll get mad and then wait ’til I’m sleeping to carve my calves with all that dang stubble. I ain’t playing this game!”)

But when I read him my list, the temptation to contribute to the bashing (offer his loving assistance) was just too great, and so here are even more reasons why, according to Hubby, I could never be married to me:

It was around this point in the conversation that I decided I’d heard more than enough about me and my faults (even if I had been the one to bait the hook).

“So what about you?” I asked. “Would you like a list of some of your more annoying habits?”

“So, you’re saying that you could be married to you?”

And there you have it, folks. He’s a keeper.

But, crazy as it seems, apparently so am I.

And all the other fish in the sea are safe.

Note: I may never have enough patience to figure out the intricacies of the television remote, but I have more than enough for shooting . . . 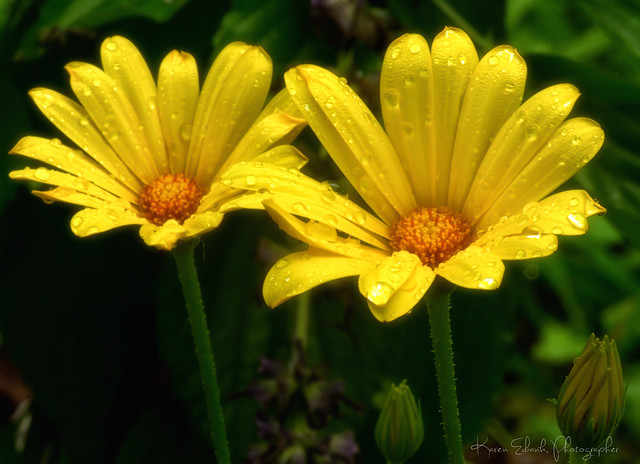 daisies after a morning shower . . . 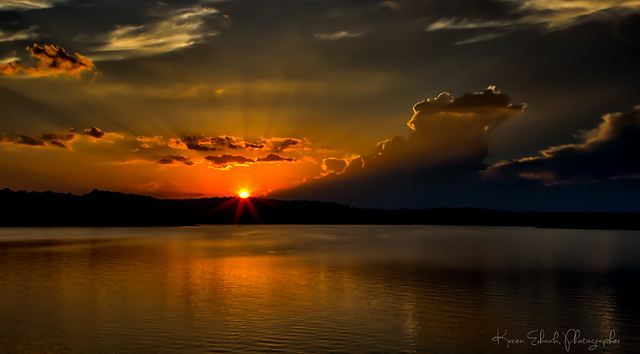 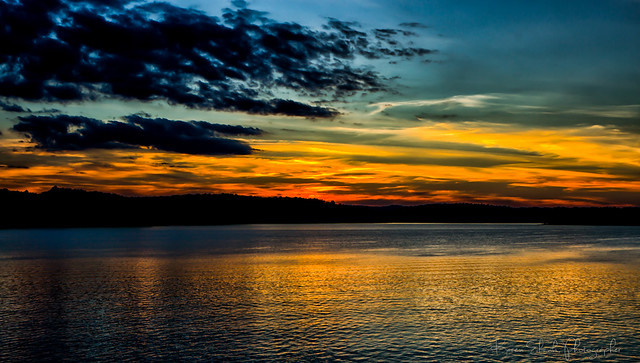 as the setting sun colors the clouds and waters below . . . 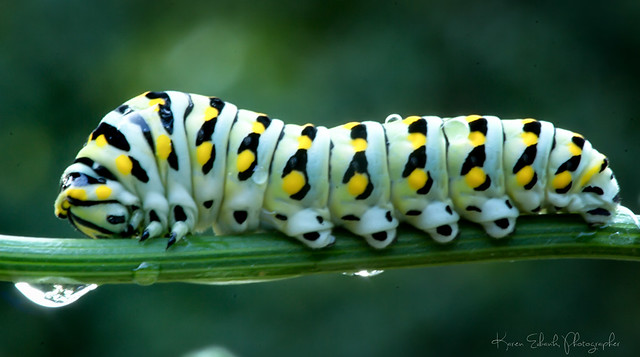 or even creepy-crawlers
(like this caterpillar waiting to turn into a black swallowtail butterfly).

I have recently retired from a 30-year career in education in one of the best school districts in the world. I hope to spend my second life reading, writing, photographing, traveling, biking, cheering on my favorite baseball team (the St. Louis Cardinals), and soaking up glorious sunshine. In my spare time I enjoy playing with my pet tarantulas, trying out new flavors of chewing gum, and knitting socks for prison inmates. I'm almost positive that in a past life I was one of the Seven Dwarfs (most likely "Grumpy"), and in my next life I'm going to be either a taste tester for Hershey's or a model for Victoria's Secret's new line, "Bloomers for Boomers." I want to travel country back roads, singing Vanilla Ice songs at every karaoke bar and rating bathroom cleanliness at every truckstop. And someday I plan to own a private beach where skinny girls aren't allowed. I want to be a writer when I grow up. "Our truest life is when we are in dreams awake."--Henry David Thoreau
View all posts by icedteawithlemon →
This entry was posted in Humor, Marriage, Photography and tagged bad habits, humor, marriage, photography. Bookmark the permalink.