Posted on March 28, 2014 by icedteawithlemon

“Everybody is somebody else’s weirdo.”–Scott Adams

I know I’m a little unusual, a bit eccentric and–let’s face it–sometimes even downright weird (all of which has been previously well documented). I do inexplicable things that don’t always make sense to others–things that are in no way a consequence of my hair color or my hormone levels–but that make perfect sense to me. I also spend too much time worrying about events that will most likely never happen. I mean, there’s a pretty good chance that a meteorite will never slam into my house, that George Clooney will never invite me to dinner, or that I’ll never have to decide how to spend my Powerball winnings–but I have detailed action plans in place just in case. And I over-think everything–except on those too-frequent occasions when stupidity reigns supreme and I don’t think at all.

I’ve admitted, accepted and embraced these idiosyncrasies. Despite frequent bouts of wishful thinking to the contrary, that’s just who I am, and after all these years I don’t know how to be anyone else (believe me, I’ve tried).

Even so, sometimes I suspect that I’m still really not that different from everyone else–especially other women. After all, most men think we’re all a little unusual, eccentric and weird, right? So, humor me, ladies, and tell me how many of the following have you done?

1. You’ve unhooked and flung across the room that breast-defining, breath-defying instrument of torture immediately upon arriving home.

2. You’ve answered the door 15 minutes later with arms crossed across your chest so that the Fed Ex delivery man won’t realize your lack of appropriate attire.

3. You’ve burned your neck with a curling iron and spent the entire day explaining that the resulting red spot is NOT a hickey.

4. You’ve gotten a hickey on your neck (seriously–at your age?) and spent the entire day pretending that the resulting red spot is a curling iron burn and NOT a hickey.

5. You’ve cried yourself to sleep and then sworn the next day that your red, swollen eyes have once again fallen victim to your stupid allergies.

6. You’ve been disgusted in the changing room when a “figure flattering” dress accentuates all the wrong bulges–and then have dislocated half a dozen joints (to the sound of ripping seams) trying to slip it up and over all those bulges.

7. After double-checking to make sure no one else is around, you’ve attempted to mimic Shakira’s hip gyrations, accepting defeat after only a moment because you can no longer breathe, you think you may have pulled something, and the dog looks embarrassed on your behalf.

9. You’ve tried on eight different outfits before finally deciding on one–and then right before walking out the door, you’ve changed your mind and gone back to choice #1.

10. You’ve sniffed your bra before deciding it’s still good for yet another day of consistent wear.

11. You’ve been so proud of all the money you’ve saved on razors over the winter–until the day of your annual physical and you’ve realized–too late–that your doctor might not be as impressed with your frugal ways.

12. You’ve experimented with several different smiles before deciding which one to attempt in the next picture.

13. You’ve wiped your dripping nose on the end of your sleeve because there were no other options.

14. You have a drawer full of fancy, seldom-worn (and never-worn) lingerie because your faded, tattered flannels are just too darn comfy.

15.  You’ve made accidental eye contact with a strange man and then worried that he might have thought you were flirting and will attempt to make conversation when all you want to do is grab a gallon of milk and some Oreos and go home.

16. You’ve stood nude in front of a mirror and critiqued every body part–you’ve wanted to cry, you’ve vowed to make changes, and then five minutes later you’ve eaten six more of those chocolate chip cookies.

17. You’ve deliberately skipped an aisle in the grocery store because you’ve spotted someone you just don’t want to deal with shopping there–and you’ve thought that maybe if you hurry, you can get out of the store before she spots you.

18. You’ve lied to your doctor, assuring him that yes, you’ve been doing everything he told you to do.

19. You’ve indiscreetly (you hope) unzipped your pants on the way to the public restroom because you’re worried you might not make it in time.

20. You’ve held your breath, sucked in your gut, and cried tears of frustration while flailing on the bed in a desperate attempt to zip and snap your favorite pair of jeans (jeans that fit just fine last month)–and then you’ve paired those too-tight jeans with an over-sized sweatshirt to hide your exploding muffin top–and to hide the fact that after lunch you’ll be walking around with your jeans unzipped and unsnapped.

21. You’ve dropped a piece of food on the floor, dusted it off and put it back on the platter.

22. You’ve stood in front of the bathroom mirror, pulling up your eyelids and cheeks and second chin to see how much younger a little Botox or a big facelift might make you.

23. You’ve cared a lot more about what women think about your appearance than what men think.

24. You’ve drunk out of the jug when no one else is around.

25. You’ve laughed only because everyone else did and then Googled later to find out what in the world they were laughing about. Ohhh . . .

27. You’ve hung up on a telemarketer and felt a twinge of guilt for being rude.

28. You’ve admired other women for their real, understated beauty while wanting to deface magazine, Photoshopped fakeries with penciled-in cellulite crinkles, crow’s feet and devil horns–and you’ve wondered why so many men are fooled by the fakeries and can’t appreciate reality.

29. You’ve lied to your kids about the ingredients in a dish because you know they’ll like it if they’ll just try it.

30. You’ve known your fears are irrational and silly, but you’ve succumbed to them anyway.

31. You’ve finally crawled out of bed to check that the oven is off and the front door is locked because even though you’re sure you did both, you’re not absolutely, positively sure–and you won’t be able to sleep until you are.

32. You’ve bought an item of clothing–even though it didn’t fit–because it was your favorite color and it was on sale. You’ve assured yourself you’ll lose enough weight to wear it–but then you’ve sold it at a yard sale a few years later with the price tag still attached.

33. You’ve burped loudly enough to startle the dog when no other humans were around to hear.

35. You’ve gasped in horror when you’ve realized what you just yelled at your kids came straight out of your mother’s mouth.

36. You’ve wished you could lose weight as easily as you lose patience.

37. You’ve been alone with your thoughts and terrified by where those thoughts have taken you.

38. You’ve imagined your own death countless times–and none of those times has involved dying peacefully in your sleep.

39. You’ve contradicted almost every compliment you’ve ever been given.

40. You’ve counted the number of jelly beans and malted eggs in each Easter basket, the number of sprinkles on top of each cupcake, and the number of pepperoni pieces on each slice of pizza to guarantee that each kid’s portion is exactly the same–and then carelessly overlooked the fact that one kid’s soda glass is half an inch fuller than everyone else’s.

41. You’ve sacrificed and loved and nurtured and done the best you could–and still you’ve worried that you’re a no-good, terrible, very bad mom (and sometimes your children have screamed accusations to that effect).

42. You’ve wished–on more than one occasion–that you could be a man, even if only for a day, because from your vantage point it just looks so much easier.

43. You’ve taped, stapled, paper clipped, safety pinned or glued a hidden piece of garment in order to keep it hidden.

44. You’ve successfully removed items of clothing while driving and then sighed in sweet relief.

45. And you haven’t changed the weight status on your driver’s license since Gerald Ford was President and Elvis was still in the building.

So, ladies, does any of that sound familiar? (Please, please tell me I’m not the only one.) And men, are you surprised–or have you suspected this all along? Have you been baffled and bewildered, frustrated and frightened by our mysterious ways–and somehow loved us anyway? 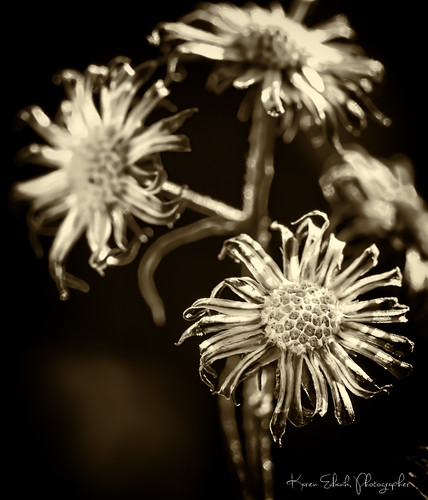 Is it weird to think that a weed can be beautiful . . . 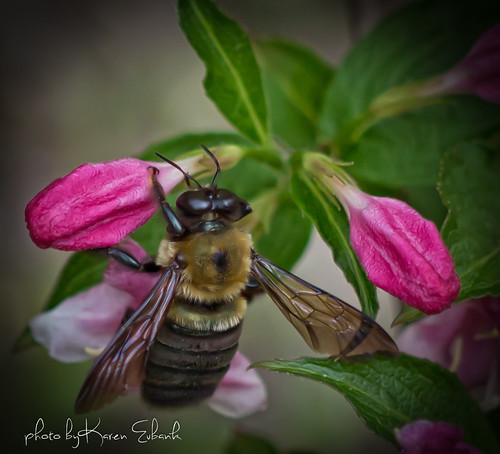 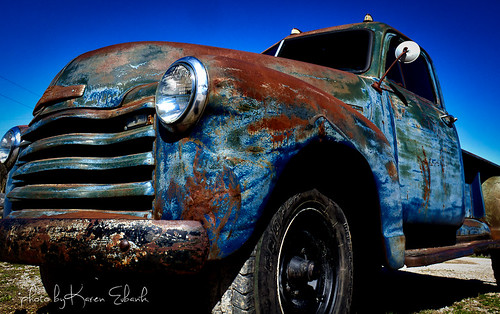 or that decay and deterioration can be pretty?

And is it weird to think sometimes that the best way to survive the day would be to simply fly away?

I have recently retired from a 30-year career in education in one of the best school districts in the world. I hope to spend my second life reading, writing, photographing, traveling, biking, cheering on my favorite baseball team (the St. Louis Cardinals), and soaking up glorious sunshine. In my spare time I enjoy playing with my pet tarantulas, trying out new flavors of chewing gum, and knitting socks for prison inmates. I'm almost positive that in a past life I was one of the Seven Dwarfs (most likely "Grumpy"), and in my next life I'm going to be either a taste tester for Hershey's or a model for Victoria's Secret's new line, "Bloomers for Boomers." I want to travel country back roads, singing Vanilla Ice songs at every karaoke bar and rating bathroom cleanliness at every truckstop. And someday I plan to own a private beach where skinny girls aren't allowed. I want to be a writer when I grow up. "Our truest life is when we are in dreams awake."--Henry David Thoreau
View all posts by icedteawithlemon →
This entry was posted in Aging, Fears, Humor, Parenting, Photography and tagged doubts, humor, lists, Parenting, random thoughts, weird, Women. Bookmark the permalink.

11 Responses to You’ve Done It, Too–Right?